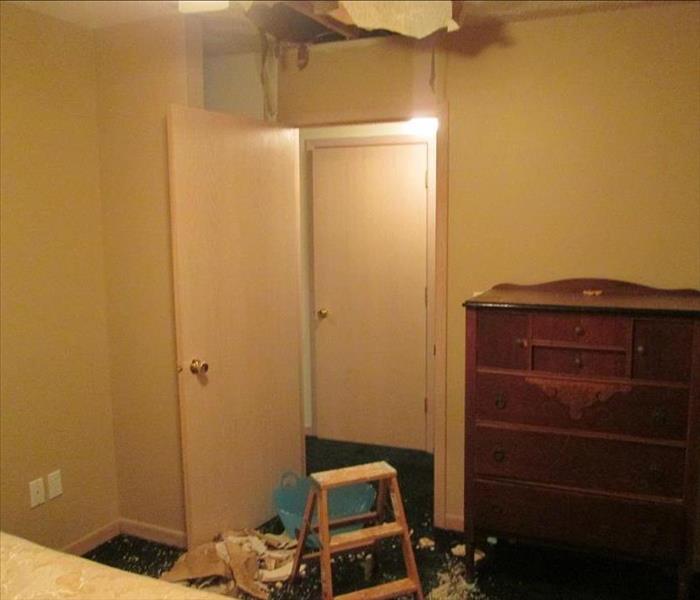 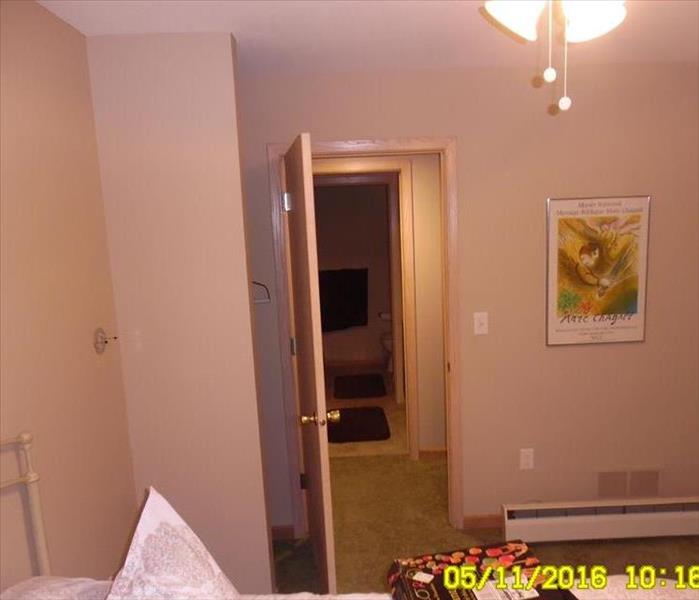 A leaky roof in Dixon was pooling water on the ceiling of this house and eventually enough water caused the ceiling to break in this bedroom. They had a couple other areas affected but most was concentrated to this area of the house. We were able to follow the leaks to were they were coming in so we could repair those issues and then set to repairing all issues that were caused by the water from mold to drywall repair to carpet cleaning so that we could return their house to as it was before so it was "Like it never even happened."